For one who is only a sedentary sports spectator at best, I have, ironically, watched a disproportionate amount of sports in film and considers them to be one of my favourite genres. Perhaps it is the foreignness of the subject matter (which I have often alluded to as being able to produce a certain lustre). Perhaps it is because that a vast majority of which have taken inspiration from true events. Ultimately there is much to be said about the wholesome, feel-good tales of dreams that germinate and bear fruit under the nurture of others and perseverance of the dreamer.

Niki Caro’s McFarland USA represents a surprise tall poppy of 2015 and easily ranks as one of my Top 5 most uplifting films in sport (preceded only by Bennett Miller’s Moneyball in 2011 and succeeded closely by Cameron Crowe’s Jerry Maguire in 1996). This is no mean feat, as sports films directed by female directors are, in themselves, something of a rarity in Hollywood (not to mention that Caro is also a New Zealander).

Based on a true story, the film chronicles the life of Jim White (Kevin Costner) and a tight-knit Mexican-American community in a small Californian town which is forever transformed by his presence. Recently deposed from a comfortable station in life as an elite football coach in Boise, White is forced to relocate his family to McFarland, California, a socially marginalised town with a predominantly Hispanic population. Despite the rude awakening to the change of environment and circumstances, White quickly comes to the realisation that his new role as McFarland High’s PE teacher / assistant football coach is a misnomer. Not only is the talent in football minuscule, but dreams are non-existent under the hostile glare of the omnipresent sun and cold hard Reality.

However, it is by virtue of a chance encounter with Thomas Valles (Carlos Pratts) across the fields that White discovers the phenomenal hidden talents of his students. Armed with little more than raw speed, stamina and fortitude of the chosen seven, White proceeds to establish the inaugural McFarland Cougar Cross Country Team, with the dream to challenge their notions of a menial existence and instill in each a tantalising possibility of something far greater. 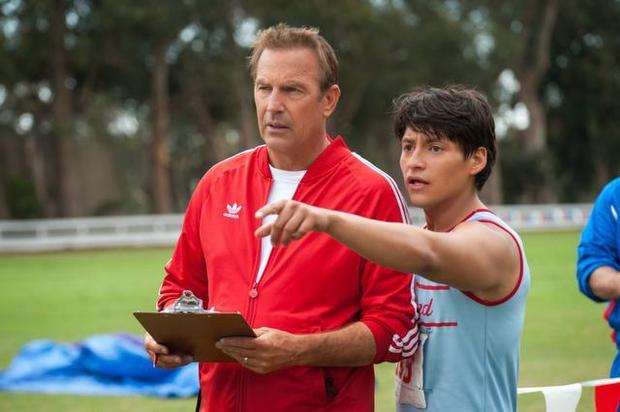 Admittedly McFarland USA has touched a chord in me which other sports films have not. For a brief moment in history, I also ran cross country in school. The film’s tribute to the enduring camaraderie and strife for glory in the blandness which typically personifies cross country running is a personal and romantic recreation of all that had once attracted me to the sport. There are simple moments which seemed to transport me back in time: the endless hours of gruelling training regime, the joyful banter interspersed with the hard yards, and the eventual dissipation of self-doubt. In the end, the victory was one that brought the audience to the edge of their seats with irrepressible desire to lock them all in a bear embrace.

There is also a certain undeniable charm which Caro’s sensitive directing has brought to screen, as she plays to the strengths of character development in classic film-making. With her Midas touch, each character, however young and nondescript, is given the opportunity to shine. Pratts’ portrayal as the gentle, troubled teen and lead runner, Valles, is especially poignant. Danny Diaz (Ramiro Rodriguez), as the chubby anchor of the team, is a delight to behold. Even Coach White’s teenage daughter, Julie (played by Morgan Saylor, for whom I have a personal soft spot since Dana in the acclaimed Showtime series Homeland), is delicately portrayed as the motivational romantic interest.

The film is ultimately an ode to family values and community pride. Caro’s handling of cultural sensitivities here is highly commendable, as the film could have easily taken a sordid, condescending turn with the theme of a Hispanic disadvantaged community saved, literally and figuratively, by a white knight in shining armour.

Granted, all feel-good films are formulaic and McFarland USA is no statistical exception. The ridiculed underdogs and misfits, the inspirational mentor, the willpower to succeed – all of which combine to produce the ultimate rags-to-riches fairy-tale. This film has outperformed through its simple and sincere line of execution where so many of its competition have stumbled. There are no unnecessary flourishes; no lofty aspirations which are foisted upon its cast, only the heart-tugging rendition of triumph against seemingly insurmountable odds.